After a recent poll found that Montana voters are likely to approve an adult-use cannabis legalization measure next month, prohibitionists have redoubled their efforts to drum up opposition to legal weed.

This Monday, US Attorney for the District of Montana Kurt Alme released an official statement from his office that urges voters to “consider the risks” of cannabis legalization. In his statement, the prosecutor trots out several common prohibitionist myths to discourage voters from approving a ballot measure to legalize adult-use cannabis sales in the Big Sky Country.

In his statement, Alme warns that “marijuana is addictive,” but also cites research indicating that only 9 percent of cannabis users actually struggle with dependency issues – far lower than the rates of addiction in users of alcohol, opioids, tobacco, or other legal drugs. The attorney also cites research showing that cannabis use has increased among adults in Colorado and Oregon since legalization. These figures may hold true for adults, but numerous federally-funded studies have shown that teen cannabis use has decreased in states that have legalized.

No prohibitionist op-ed would be complete without the “gateway drug” myth, and Alme does not fail to disappoint. The prosecutor admits that “most people who use marijuana do not go on to use other substances,” but also claims that the gateway drug theory is still supported by science. Recent research has refuted the conclusions of 1970s-era studies that claim that cannabis makes users seek out harder drugs.

Alme also claims that cannabis can also “increase the risk of severe complications from COVID-19.” While it is true that smoking pot or tobacco while suffering from a serious lung infection poses serious health risks, several recent studies have found that cannabinoid tinctures or pills can actually help COVID patients recover from the most fatal complications of the infection.

Alme is not alone in working to defeat the legalization ballot. Prohibitionist group Wrong for Montana have filed a legal challenge against the measure, arguing that it violates specific state funding appropriation laws. The measure is already included on the ballot, and early voters have already voted on it, but Wrong for Montana is hoping that the state Supreme Court will strike it from the ballot before Election Day. 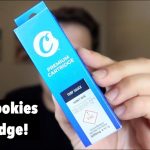 Cobra Extracts Shatter Review: Great Taste and Decent Strength REVIEW OVERVIEW Extract Quality8 Strength7 Effect7.5 Taste9 Smoothness8 Value8 SUMMARYCobra Extracts shatter closely resembles their other concentrates in great flavor but low THC content. The consistency and color are appealing and the vapor is not harsh. For a price that’s half of what many premium shatters […]
Read more
February 10, 2017 admin

The cannabis plant came from Central Asia millennia ago. Even back then, it was widely appreciated, but the strenuous efforts of growers in recent years have managed to transform the weed. The effects of the cannabis that we can order today off the internet are much more potent than in the past. It’s not about […]
Read more
April 19, 2018 admin