Skip to content
WE NOW OFFER OVERNIGHT DELIVERY TO ALL STATES!!

Rated 5.00 out of 5 based on 15 customer ratings
(15 customer reviews)
Instock
Add to wishlist

Pink Runtz Weed Strain is a mysterious cross from the Runtz family. Some believe it to be a phenotype of the original Runtz, which crosses Zkittlez and Gelato. Others have said it to be a cross between Rainbow Sherbert and Pink Panties. While genetics remain to be publicly confirmed, the hype around this strain is already firmly established. The true Pink Runtz comes in an extremely dense structure with dark green-to-purple hues that make a grinder mandatory. The aroma is sweet and fruity, just like the candy, while the high will lift your mind and body for hours and hours.

This strain gets its name from the sweet, confection-like scent and taste it produces as well as its colorful appearance. Its scent might remind you of sugary candies since it has a delicious terpene profile that’s sweet, zesty, and flavorful. However, the scent does tend to be faint, emitting a mild aroma.

When you open up a package of Pink Runtz weed, you’ll see a rainbow of deep colors spanning from greens to purples to blues and even dark pinks. Its cured buds are very dense and often shaped like bumpy pinecones.

The THC levels tend to change depending on cultivation and curing techniques used, though it averages around 25%. 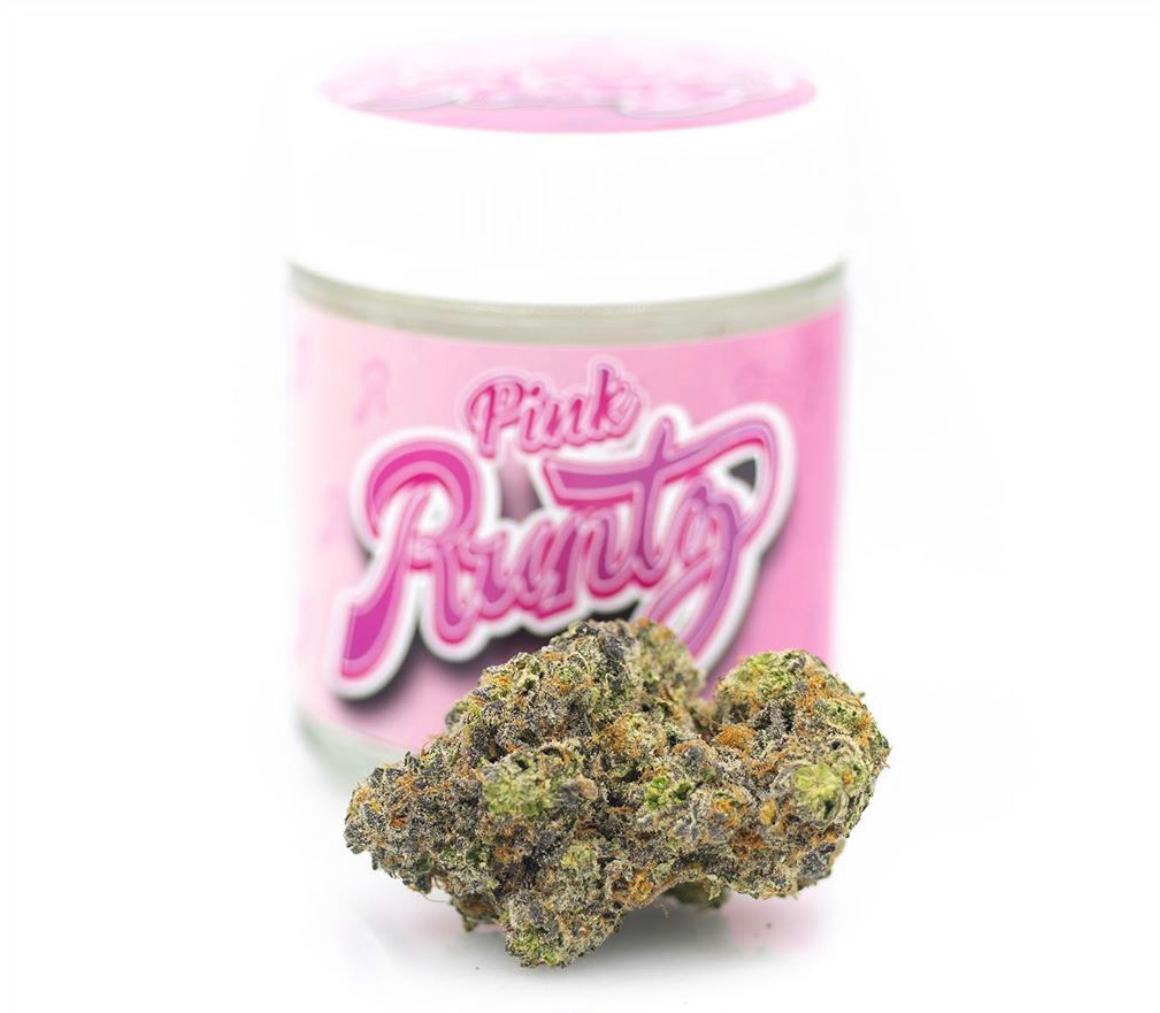